The "I Shall Not Die Blog" 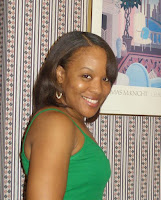 Hello to all of my Blessed2Write Blog followers. Thank you for your ongoing support and most recently, for all of the feedback that you have given regarding my pending I Shall Not Die project. I would like to ask each of you to consider becoming "followers" of the new I Shall Not Die Blog.
This online journal was created as another means to keep me on task with completing this challenging project. Following it will keep you abreast of the progression of the forthcoming book and the accompanying motivational ministry. I know that sharing the journey with you and reading your feedback will be a great encouragement to me. There is also now an I Shall Not Die official website. While there, please consider pre-ordering the book and becoming a vision partner for this God-ordered project.
Thanks and God bless. I look forward to sharing this experience with you.
Posted by Kendra Norman at 11:55 PM 1 comment: