The Official Release of "Fifteen Years"

It seems that my life's meter has been locked on the setting of "whirlwind" since the beginning of the year, but even more so since the beginning of this month, when my fifteenth novel released on February 1st through Moody Publisher's Lift Every Voice imprint. Fifteenth novel. Wow. The realization of it sometimes even makes me have to catch my breath. I'm just so thankful to God that He equipped me for such a time as this. This writing ministry to which He assigned me in 2002 has been quite a journey. It hasn't always been easy. The road has been winding and bumpy at times. Every day of it hasn't brought me happiness, but there's not been a single day that hasn't brought me joy. I love what I do, and each novel reminds me of why I do it.

When many people hear that the title of my most recent novel is Fifteen Years, they assume that it was titled to match its placement in the lineup of my career.

Totally not the case. The irony is definitely a God-thing. When I initially turned the completed manuscript in to my editor, the title was something completely different and unrelated. I still recall the day when she called me and told me that the publishing house loved the story itself, but wanted to change the title of it. She kept saying, "It's not that we don't like the title you have, but we feel led to change it." It was a first for me. In all the books I've previously written, never had the publishers of them wanted to change the title. I was told that

the title they wanted to give it was Fifteen Years, and as much as I liked my original title for this novel, I had to admit that theirs was a better fit. I immediately loved and embraced it, and it wasn't until several weeks later that I realized it would also be my fifteenth published project. It wasn't in my plan nor the plan of the publisher, but I'm convinced that it was in God's, and I thank Him.

Though the book released nationwide on February 1st, the official release observance of Fifteen Years didn't take place until Saturday, February 20th, and what a celebration it was! It was a beautiful

day that came with bright sunshine, perfect temperatures, and about 100 supporters (including friends, family, and fans) that filed into the fellowship hall of Mt. Zion United Methodist Church in Atlanta, GA at 2:00 in the afternoon to help me commemorate this milestone with an event so enjoyable that it made the three-hour celebration seem far shorter. The event was spearheaded jointly by the members of Something More Book Club and Book Talk Book Club, and hosted by on-air radio personality, Rhodell Lewis (aka 'Rhodell in the ATL') from Atlanta's Inspiration Station, Praise 102.5.

Along with wonderful fellowship, a treasure chest of door prizes, and a delicious catered lunch (prepared by Marquitta Rogers, president of Something More Book Club), the agenda was

cried....and shhhhh....don't tell anybody, but there may have even been a bit of swooning and cat-calling going on in the mix (but I won't call any names). :-)

It was an afternoon to remember. Speaking personally, I know I won't soon forget it; especially since I have a ton of photos for my memory book that were captured by Alex Johnson III of AJ3 Photography, and a video diary of the entire event, filmed by Lloyd Caldway of Anointed

Photography & Video. I know that I will be admiring photos and reviewing footage for many days to come. And I would like to publicly thank my wonderful family, my beautiful sorors (the Delta Chapter of Iota Phi Lambda Sorority, Inc.), the awesome entertainers, and all of the fabulous book clubs, avid readers, business associates, friends, and supporters who came and were present for the celebration. Thank you for sharing your amazing talents, your warm smiles, your kind words, and of course, I thank you for maximizing your show of support by purchasing copies of my novel.

To view a few of the photos that were captured at the event, please click on the link that is provided at the close of this blog entry. To get your own copy

of Fifteen Years, visit any local bookstore or online bookstore. To read a synopsis of this story, visit my website by clicking HERE, and then clicking on the "Books" tab in the website menu. While browsing the site, stop by and sign my guest book. I'm always excited to hear from readers and supporters, and signing the guest book will automatically get you added to my newsletter which will keep you abreast of all of the important goings on in my career; including upcoming releases.
View photos by clicking HERE. For easier viewing, choose the "View Album" link at the bottom of the web page, and then click the "Play Slideshow" link at the top of the next page.
Posted by Kendra Norman at 1:51 PM 1 comment: 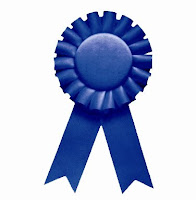 Congratulations to Nicole Williams - winner of our blog contest! She answered the question correctly regarding the significance of the title Crossing Jhordan's River to the story itself.

In her email response, Nicole said:
The significance of the title"Crossing Jhordan's River" to the novel is that, Jhordan was unable to congueror his fear of trusting women, this was the major problem (river) in his life and marriage. So , in order for Jhordan to save his marriage he had to overcome his fears (cross the river) and reclaim his marriage and life.

Thank you for your participation, Nicole....and thank you to all others who responded. As the winning submission, Nicole will receive a FREE autographed copy of my hot-off-the-press title, Fifteen Years!

Posted by Kendra Norman at 11:38 AM No comments:

Here's Your Chance To Win A Free Book!

My latest novel, Fifteen Years, officially released on February 1, 2010, and I have partnered with Review magazine (click on the magazine's name to read my latest online interview) to give a free copy to one blog reader as a way to kick off the book's debut. To qualify for the free book, all you have to do is carefully read the information below....
In 2005, I released a book entitled Crossing Jhordan's River, which reached the #1 slot on Essence magazine's bestsellers list. I hope you were one of those who read it! It would help you to have a better chance of winning this contest. :-)
In order to have your name placed on the qualifying list

to receive a free copy of Fifteen Years, you must do two things. First, if you are not already an official follower of the Blessed2Write Blog, you must click on the appropriate link to become one. And second, you will need to send an email directly to me at blessed_2_write@yahoo.com and tell me the significance of the title, Crossing Jhordan's River. In other words, how did the title of that book relate to the story?
The names of all those who answer correctly will be place in the qualifying bowl, and one blessed participant will receive a free personally autographed, hot-off-the-press copy of Fifteen Years! The clock is ticking. This contest is ONE DAY ONLY! I will announce the winner on tomorrow (Wednesday) night. Will it be you?
Posted by Kendra Norman at 1:43 AM 1 comment: