I grew up in a church that almost always had a defining catchphrase to mark each New Year. There was "It's all about Heaven in '77" and "On the Front Line in '89" and "Coming Alive in '95." The list goes on and on. I loved those slogans, and looked forward to Watch Night Service when my father (who was senior pastor of the church) would announce the new rhyming slogan that would be set in motion the moment the clock struck a second after midnight. To some, they might sound silly and pointless, but those phrases gave us a focus and a charge. They weren't just empty words. If we took them to heart, they meant that we believed that God had something new in store for us. They energized our faith and our determination. They reminded us that what we currently saw, was not all there was. There were bigger and better things to come if we placed our hope and trust in the Lord's hands.

To my knowledge, it's been awhile since my dad corporately passed down one of those rhyming annual declarations. But this year, for the first time ever, I was personally given a motto directly from above. I had been praying about the new direction that my life had taken, and when the words rested in my spirit, I felt that God designed them for me to not only believe and decree upon my own life, but to share with all who were open to receive them. As I lay in bed in the early hours of the morning, just a couple of days into 2013, a strong, yet quiet voice assured me that for Kendra, 2013 would be "The Year of BETTER." It didn't rhyme, and it might not sound so catchy, but those words came so profoundly that every day I find myself subconsciously repeating them, sometimes aloud and sometimes inwardly. On the Sunday that followed my experience, I sat in church and listened in amazement as the pastor confirmed it all through the message that he shared from the pulpit. I hadn't told him what God had given me, but as he preached the Word, he reiterated the assurance I'd just been divinely given only four days earlier. 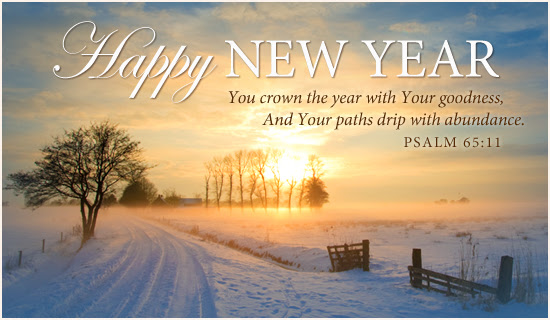 I may not be privy to the challenges you faced in 2012, but God is. For me, it was a year that changed my route, but not my destiny. It didn't destroy my path or my purpose. In fact, it was an intricate part of it that God knew (and even ordained) before I was even born. From the outside looking in, one might say that my 2012 was devastating, but what God has proven is that it was defining. The words to the song of one of Whitney Houston's last recordings, "I didn't know my own strength" comes to mind. I had fortitude I didn't know I possessed, and it was all because of God. He increased my patience, my faith, my courage, my self-worth, and my ability to forgive (whether the transgressors asked for forgiveness or not). He allowed me to be tried, and to come out triumphant. He allowed me to be broken and come out blessed. I have joy and a peace that surpasses understanding, and I know that it's not of my own doing, but only because of God's grace and mercy. Often times, we don't understand the path on which He places us. It comes with detours,  debris, and even death traps, but if we do God's will and follow His arrows, they will point the way to our destiny despite the distractions.
Better! God says that this is the year of "Better." Better spiritual growth, better personal finances, better relationships, better homes, better health, better opportunities, better everything. Whatever it is that we desire of God, as long as it is within His will for our lives, He will grant us better than we're seeking. Better than we deserve. Better than we imagined. It's an Ephesians 3:20 year. The year that He will do exceeding abundantly above all that we ask or think!!
We're only fifteen days into 2013, but it's never too early to embrace the promises of God. If your faith is strong enough for you to embrace this year as your YEAR OF BETTER, claim your portion and your promise...and say "Amen."