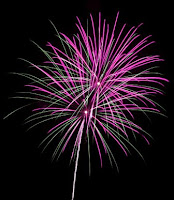 As I type this relatively brief entry into my online blog, I'm listening to the sounds of fireworks that are being set off at Stone Mountain Park. Although I'm not in the park itself, I live close enough to hear the noises, and if I stand in just the right place on my back deck, I can see some of what's causing it all. All these loud popping sounds are in recognition of Independence Day, a time that our nation sets aside to celebrate the time, in 1776, that the thirteen colonies separated themselves from the Kingdom of Great Britain. That day marked an historic time, because had that breaking away never taken place, there may have never been a United States of America.
On my Facebook page today, I quoted John 8:36 in my status, which says, "If the Son therefore makes you free, you shall be free indeed." It was so befitting of Independence Day, because what we, who have accepted Christ know for sure is that had we never separated ourselves from the bondage of sin, we would never have known what God had in store for our lives, and we would never have become all that He designed us to be.
I've never before written a blog posting that was addressed to any particular person before, bu 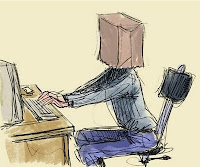 t today, I felt compelled to do so. In recent days, someone, who chooses to keep themselves "anonymous" has attempted to leave two negative (personal attack) comments on my blog. Without getting into any of the details, I just want to let "Anonymous" know that her (because I know it's a woman) comments do not shake me in the least, nor do they make me desire to change the way I do things. What I do as it pertains to my writing career and my life as a whole is ministry. As an outsider, you know nothing about me, therefore it is highly presumptuous of you to think otherwise. And just like the case with the fireworks that I'm listening to right now, while I'm not in heaven, I can hear the voice of God, and if I position myself in just the right place, I can see His hand of direction for my life. He is with me everywhere I go. And because He has set me free from the bondage of worrying about what people think of me, I can declare in Jesus' name, that your attempts to unnerve or unravel me have failed. As a matter of fact, your attempt at launching a verbal attack has brought a smile to my face, because I realize that it is only when a person is stiving to do a work for God that the enemy feels the need to rear his ugly head in such a manner as this, in hopes of throwing God's people off course. But sister...MISSION UNACCOMPLISHED! Your seeds of discord have fallen on stony ground and have not taken root. The sun (and the SON) has dried them up, and they have whitered and died.
If you ever have anything further to say to me, please feel free to come out of your hiding place. 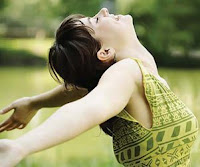 When used in the case of sending unpleasant notes, the word "Anonymous" is just a longer way of spelling "coward." I pray for you, my sister, because very few things are more dangerous than tampering with God's anointed ones. Although I don't know your name, HE does, and there is no better time to ask His forgiveness for your misguided assumptions and impure thoughts than now. What better day to free yourself from the bondage of being used as a tool of the enemy than on Independence Day? Free yourself from the bondage of your own mind and your own twisted imaginations. The freedom you'll feel once you've done so will be more refreshing than you've ever dreamed. God bless you. He loves you unconditionally, and so do I.
Posted by Kendra Norman at 9:22 PM 8 comments: