Cruisin' For Christ IV - God Did It Again! 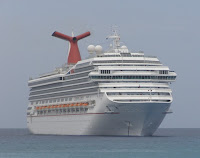 I have recently returned back to U.S. soil after a glorious week on international waters where I, along with nearly 100 other registered guests celebrated Cruisin' For Christ IV aboard the Carnival Liberty. For seven fun-filled days (September 17-24, 2011), we fellowshipped and worshipped as we visited the beautiful Eastern Caribbean, making stops in the Bahamas, US Virgin Islands, Puerto Rico, and Grand Turk. And just as with every launching before it, Cruisin' For Christ IV was a labor of love that came forth by way of blood, sweat, and tears. But despite that, all I can say is HALLELUJAH, because God did it again!
If I dared to compare the launching of each Cruisin' For Christ mission to the child birthing process, I would have to say that the delivery of Cruisin' For Christ IV was the most difficult to 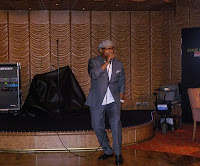 date. The labor was longer, the contractions were harder, and the process that requires pushing beyond the pain was far more challenging.
What some have always known (while others have not) is Cruisin' For Christ does not have the corporate or individual sponsorship that many other similar gospel cruises have. God handed this ministry to me in 2006, and the first CFC mission was launched in 2007. That inaugural sailing (as well as every one that has gone forth after it) was funded almost solely from the limited resources that God has allowed me to take in from book sales and speaking engagements. In the four years that we have taken this celebration of Christian artistries to the seas, I have only had one monetary sponsorship, and that was a $1,000 token that was so graciously given to me in 2009 by a local Atlanta pastor. No other business or person that I or any member of the CFC Board of Directors have approached 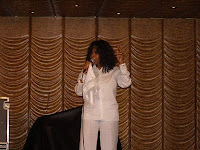 has agreed to being a financial supporter.
I won't even try to tell you the bottom line of how much it cost to put together a cruise of this quality and magnitude, but just know that it is monumental, and as a starving artist, I know that it is only by the grace of God that Cruisin' For Christ has been able to stay afloat (pun intended) over the years. I call it a labor of love because that's exactly what it is. God has given me a passion for ministry. It's not just something I speak with my lips, but it's demonstrated in my actions. I'll put it all on the line for the sake of the gospel. But it's not easy by any stretch of the imagination. The undertaking of CFC is so massive, that after the completion of each launching, I vow that I'll never do it again. But the Lord has repeatedly proved me wrong, reminding me time and time again that it's not about me, but about HIM. It's not about my limited capabilities, but about His infinite provision. And this year, more than any other in the past, God made that abundantly 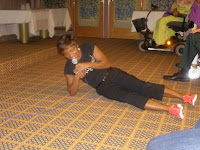 clear.
Proverbs 18:24 tells us that a man who wants friends must show himself friendly. Additionally, a popular common quote says, "a friend in need is a friend indeed." Both the scripture and the quote were put to the test for me as I struggled to get the funds together for Cruisin' For Christ IV. When I didn't receive a check I was hopeful of getting by a certain date - the check that would have covered the final outstanding expenses for CFC IV - I turned to people that I dubbed my closest friends, requesting 30-day loans that would help me get the balance paid. I'd shown myself friendly to so many. I'd been there when they needed me. I'd given of my time, my knowledge, my business, my support, my resources, etc., and I thought that for certain, they would remember those things in my time of need and provide the temporary assistance. I was not ready for the closed doors, and in some 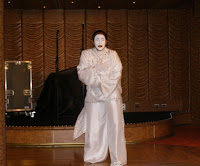 cases, doors on which my knocks were never even acknowledged. Outside of friends, even many associates who I've given business to and recommended business to over the years would not even support with even the smallest ad in the souvenir booklet that was being put together for the cruise. It was heartwrenching and heartbreaking to say the least. Please understand . . . I never do for others so that they will do for me, but being one who rarely asks for anything at all from anybody, I didn't expect to have so many of those I categorized as nearest and dearest to me to totally shut me out. I'd made it clear to friends that it was a make it or break it moment; that if I didn't come up with the required balance, CFC IV would not take place, and a hundred people who were already fully registered were depending on it to take place. It would have been embarrassing and humiliating for it to 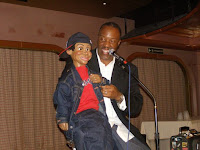 fold last minute, not to mention all of the money that registrants would have lost. They knew my desperation, but outside of one person, no others offered to assist on any level. Not a dollar. Not a penny. If the saying of "a friend in need is a friend indeed" held true, I was virtually friendless. I felt like a woman who had been thrown into storm-tossed seas with many of my friends standing on the shore with folded arms, watching to see how I was going to get myself out of this one. Perhaps seeing if the God I spoke of and prayed to so often was going to rescue me from this den of lions. And yes . . . God did it again! He didn't come when I wanted Him to, how I wanted Him to, or through whom I expected Him to, but GOD DID IT AGAIN and I thank Him!! The enemy didn't appreciate how God came through at the 11th hour, and he continued to try and trip us up even after we returned from our mission, but the devil is a lie and God is almighty. I celebrate in victory regardless!
Cruisin' For Christ IV was a great success. Our headliners, Stellar Award winning gospel 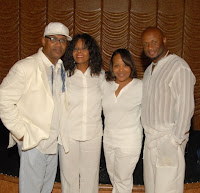 legends, Vanessa Bell Armstrong, and Melvin Williams, along with international gospel/jazz saxophonist, Antonio Allen, and national comedian, Small Fire, were a tremendous blessing to us all. Other featured artists included national comedians Willie Brown and D.L. Henry and award-winning mime minister, The Master's Mime. Additional ministry was provided by those who performed on our Rising Artist Showcase: recording artist, Mark A. Smith; mime minister, Felicia Harmon Brown, and "Soetry Music" artist, Kenny Lofton. The Word of God was imparted to us by our two special guest speakers, Bishop Oliver Smith (Mending Hearts Ministries; McComb, MS) and Pastor Adrian Bellamy (Central Bible Fellowship; Perry, GA), and it all was hosted by our primary emcee for the week, Rhodell "Rhodell in the ATL" Lewis.

It was a journey to remember, and I am thankful to God for allowing us to continue to take this powerful ministry internationally. God is so good! And yes . . . though I again said that I wouldn't do another one, I know that God isn't hearing it. So I might as well get ready for the blessings (and the challenges) to come. My prayer is that Cruisin' For Christ V (our 5th launching) be a phenomenal one. Dates and details will be added to the website as they become available. I have no idea how it's going to happen, but someway, I know that God is going to DO IT AGAIN!
Posted by Kendra Norman at 3:51 PM 3 comments: