A Bit Torn, But Still Thankful 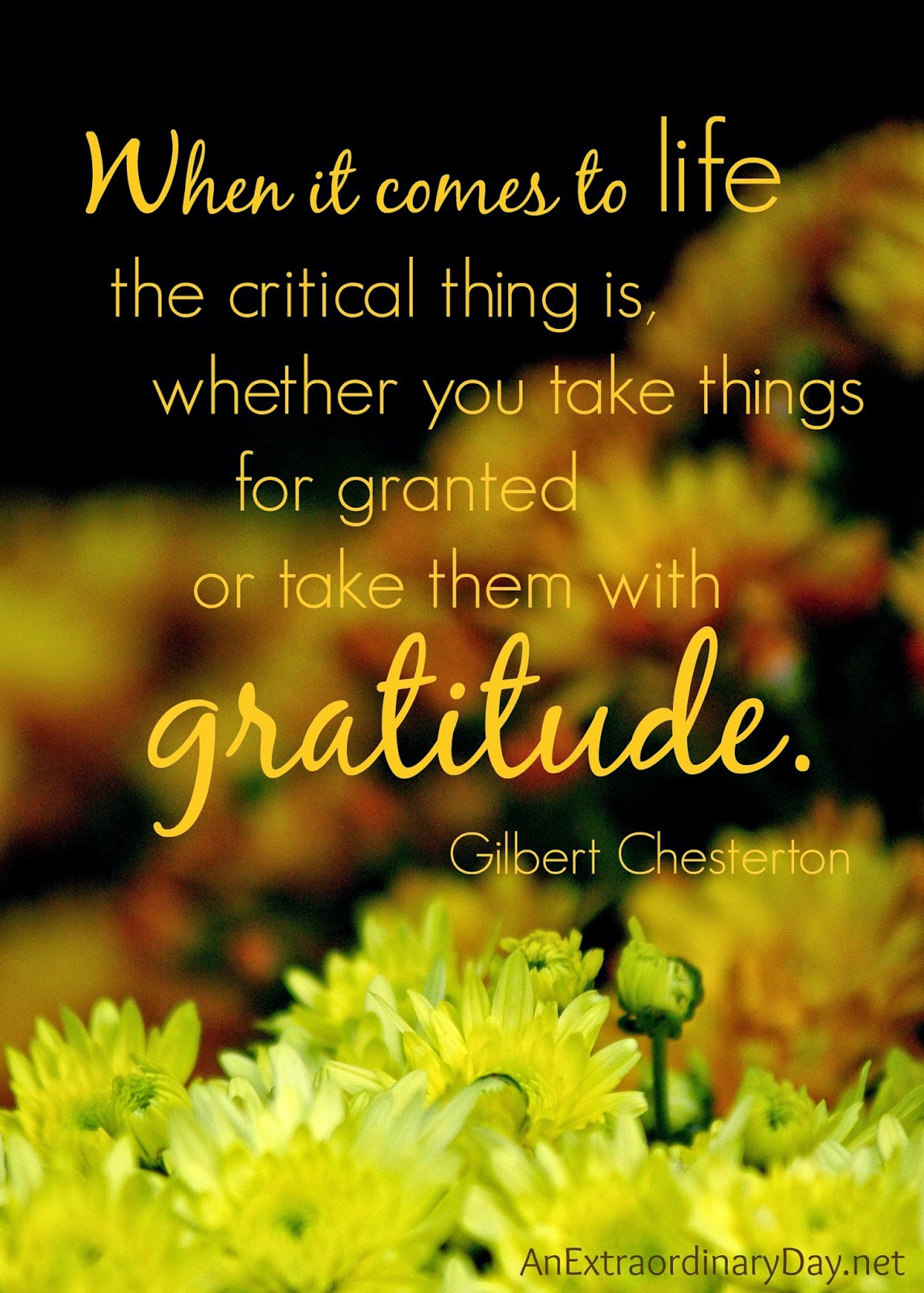 About eight or nine years ago, I sat among a group of high school students and listened as my firstborn daughter held her debut novel in her hands and discussed with them her newly attained achievement of "published author." For a sixteen-year-old, it was quite an accomplishment and her audience was captivated. When asked who was her greatest inspiration, Brittney quickly pointed toward the place where I sat. It was a proud mommy moment for me as she told them how much it meant to her to have a mother whose footsteps she desired to follow. In the next moment her tone changed as she voiced disappointment that her daddy wasn't around to witness the moment. My first husband--her father--had passed away just weeks before her sixth birthday. Brittney's clear memories of him were a precious few, but her one regret was that he wasn't around to share my pride. She went on to say one of the things that frustrated her most was to listen to her teenage friends complain about what their fathers disallowed them to do. Every time she'd hear them griping, she said she would become aggravated because some days, all she ever wanted was to experience what it was like to have a typical teenage dispute with her dad. What other teenage girls didn't appreciate and took for granted, my daughter greatly desired.


Today, that scene replayed itself in my mind as I read a comment posted in the status of a Facebook friend, stating how "sick and tired" she was of her mother calling her every other day adding to the list of things she wanted her to prepare for their Thanksgiving dinner. Just four days ago, my family buried my beloved mother. My heart still breaks every time I have to come to grips, yet again, with the unchangeable fact that she's no longer with us. In my opinion, I had the world's greatest mother. She was the perfect example of everything good and godly. I can't think of even one bad quality that she had. There's not a single negative thing that I can point out of which to accuse her. A couple of days before her homegoing service, my mom's sister and I were having a conversation in which we both concluded that if a person didn't like my mom, something had to be wrong with them, because she certainly never gave anyone a valid reason to dislike her. She was kind to everyone and had a true heart for God and for her family.

A year ago, my fiance' invited my parents, my daughters, and me to his house for Thanksgiving. Our wedding was still about 3 1/2 months away at the time. In fact, we weren't even officially engaged yet, but "the babe" wanted his future parents-in-law to see the nice living accommodations that he'd already prepared for me, and he wanted them to meet his mother and niece, who also made the trip to join us for the family gathering. The day couldn't have gone more perfectly. It was a beautiful time of fellowship. I had no idea at the time that it would be the last Thanksgiving I would share with my mom, but I'm so glad that my husband-to-be had the idea to host it. Between me, my daughters, and the great folks at Ed's Country Cooking & BBQ, we provided a feast fit for the royal family that we were. 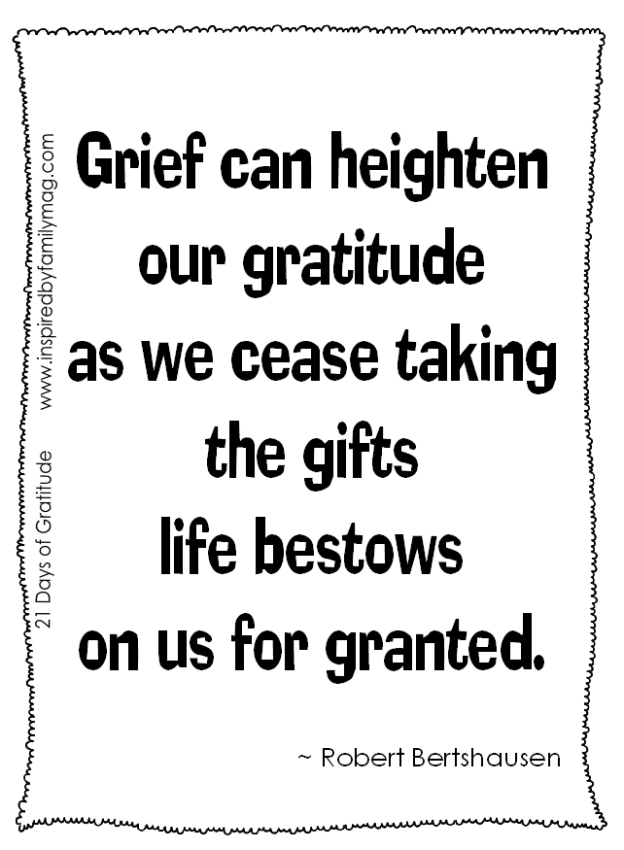 Today, as I read that sister's comment on Facebook, angry tears burned my eyes A part of me wanted to reach through my computer and slap some sense into her. I'd give just about anything to have my phone ring right now and it be my mother on the other end; even if it were her nagging me by adding to the list of foods that she wanted me to prepare for the holiday. In my opinion, she had every reason to be rejoicing instead of complaining. What that woman was taking for granted, so many of us can only have through wishful thinking and in our fondest dreams. This morning I woke up realizing that tomorrow is Thanksgiving and feeling like I didn't have anything for which to be grateful. The continued heaviness of the loss of my mother momentarily clouded my judgement. But it wasn't long before I found myself repenting for my forgetfulness.

In spite of the grief, I can't even begin to count my blessings. Aside from life, health, strength, and food, clothing, and shelter; I have an awesome husband who showers me daily with honor and adoration. I have beautiful, intelligent daughters who love and respect me. I have a great father who is still the strong patriarch of my family. I have three sisters and a brother that I wouldn't trade for for anything. Through marriage, I've been given a wonderful mother-in-law who has embraced me from day one, a fabulous sister-in-law that I love like a natural sibling, a brilliant niece whose smile lights up a room, the handsome son that I've always desired but never had . . . and because of that son, I also have a precious little prince that introduced me to the wonderful world of grandparenting. How could I possibly have thought I had no reason to be thankful? Shame on me!!

Just as I had to remind myself this morning of all of my blessings, I encourage everyone who reads this to do the same. Blessings don't always come in the form of "stuff." Good family and true friends are the greatest blessings of all. I'm abundantly grateful that there was not even one instance in my life that I disrespected, talked back to, betrayed, took advantage of, or abused my mother (physically or verbally). I have no reason to look back with regret, but if I had the power to snatch her from God's very own arms and bring her back to her earthly family; I would. I know it's a selfish thought, but it's an honest one too. My mother will always be sorely missed from my life. Even in her absence, I love her. There is nothing like loved ones, and we should never take them for granted. Family unity has always been of great importance to me. Parents, children, siblings, in-laws, grandchildren, nieces, nephews...all of them should be treasured and treated each day as though it may be the last day they'll be in your life. One day, that will actually be the case, and the worse thing to live with is regret.

For everything (and everyone)...give thanks!
Posted by Kendra Norman at 2:09 PM 3 comments: