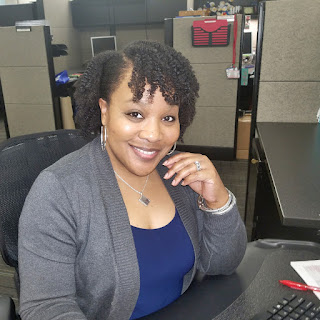 Growing up in the church, I remember hearing new slogans being broadcast from the pulpit on a near annual basis. It usually happened during Watch Night Service as we greeted the New Year with praise and worship. The slogans were generally very catchy, inspiring, and they almost always rhymed. We were encouraged by sayings like, "God will open the door in '74" and "We're coming alive in '85" and "It's already done in '91."

This practice may seem silly nowadays to a generation that seems to have migrated so far away from the Lord, but I remember these annual slogans as words that empowered the people of God and gave us increased hope and the faith to push forward with great expectation. On a broad scale, churches don't do this any longer. It seems to have been a season in Christendom that has now passed and become a distant memory. However, in spite of it not being done corporately, in recent years the Holy Spirit has been directly giving me similar affirmations to apply to my personal life for the coming year. They aren't particularly catchy nor do they rhyme, but they're very specific promises that God gives me for the year ahead.

By definition, I became legally separated in 2010, and in 2012, I made the difficult, but necessary decision to completely cut ties with and divorce my ex-husband after 15 years of marriage. As that year faded, I was lying at the foot of my bed staring up at the ceiling when I heard the Spirit say, "2013 will be your year of better. Better home. Better job. Better relationships." And He did not lie! God opened great doors and granted me immeasurable favor that year. He took what was meant to destroy me and turned it into something amazing. He rewarded me for remaining faithful and full of integrity despite the enemy's plot to try and destroy my testimony, my sanity, and my life. Everything about that year was BETTER. God blessed me with a management position on a great job. I acquired a home that I loved and God proved to me that He was my source; not man. I paid my own rent and not once was I late. I took out my own trash. I washed my own car. I paid all of my own bills... and I loved every minute of it. God had given me complete joy and contentment.

That dissolved marriage was my second one, so I was completely done! Love was a four-letter word, and I was over it! Many years earlier, my first husband--the man who introduced me to what it felt like to truly love and be loved--had passed away, leaving me heartbroken and with two toddler daughters to raise. Ultimately, I trusted another only to be left embarrassed and utterly disgusted at the discovery of and the details surrounding our shattered wedding vows. I was still in my 20's when the title of "widow" was forced upon me. Now here I was accepting the title of "divorcee." When I walked away from that marriage, I told God NEVER AGAIN! However, God had other plans. My girls were all grown up and living on their own by now. I still recall the day in January of 2013 as I stood in my kitchen preparing dinner for myself when God softly reminded me that His promise of "better" included relationships. I had begun making a few friends so I'd surmised that those had been the relationships that He was referring to. But there was more.

I remember being torn and going to my parents' house to share the details of the spiritual encounter with my mother. I told her that I never wanted to marry again but I had the feeling that God had other plans. She advised me not to resist anything that God had for me based on past experiences. "If God does it, it'll be done right," she said. And she was on point. Four months later, I met the man who would become my husband. I wasn't broken. I wasn't needy. I wasn't lonely. I wasn't even looking. Regarding Michael, I've often said that He's the greatest gift I never prayed for. We married in March of 2014, just ten months after meeting. My mom went to be with the Lord later that year and it was a major blow to the heart of our family, but in the midst of it all, God continued to bless.

His voice came again as the year 2014 came to a close. Just like in times before, I was lying in bed when I heard, "2015 will be your year of double-blessings." I ran from our bedroom into the living room where my husband was sitting and I told him what God had said. He joined with me in believing it to be manifested, and it was. When we married, I left the management job that I had been working and relocated to the city where my husband was already established. I found employment there but I only worked for a few months before God opened the door to a new job that paid double the salary of the first one. It was the most money I'd ever made on a corporate America job. Additionally, I witnessed double engagements and then double marriages when both of our daughters got engaged in 2015 and then got married in the same year (which also blessed me with double amazing "sons-in-luv"). I received a bonus child (an adult son) when I married Michael, and that son gave us double granddaughters when his twins were born. My husband and I were blessed with two complete living room suites that were given to us free of charge. We were able to pass them on to other families in need. The double-blessings that year came back to back to back. God had once again held true to His words.

The past three years have been quiet ones as far as the Holy Spirit speaking and giving direct words to me about what I could expect in the year to come. As 2015 closed, I heard nothing specific. As 2016 closed, I heard nothing specific. The same goes for 2017. But in each of those years, God continued to prove Himself strong. I was blessed with the opportunity to create and host my own Internet radio show. As ordained elders, my husband and I were elevated to the positions of church pastors. We relocated from one state to another to be closer to the ministry that had been entrusted to us. The relocation was a major sacrificial transition, but God made it a smooth one. Most recently, we were blessed with a beautiful new home. Prayers have continuously been answered. Divine favor has continuously been granted. God has continuously been good to us even in the stillness of His voice. But near the midnight hour of Sunday, December 30, 2018, I heard Him once more. And yes... I was lying in bed yet again. This time I was on the verge of drifting off to sleep, but the voice of the Holy Spirit fully awakened me and brought me to an upright seated position.


"Exceeding. Abundantly. Above." Those were the three words He spoke to me. He told me that in my professional life to date, EAA has always stood for Executive Administrative Assistant, which has been my specialty pretty much from the start of my corporate career. However, the Lord assured me that in 2019 those letters would stand for Exceeding Abundantly Above! He said this is going to be my year of increase and that He's going to make this an Ephesians 30:2 year; doing exceeding abundantly above all that I could ask or think. I couldn't wait to share the experience with my husband when we woke up to prepare for work the next morning. How is God going to do it? I don't know. But I have no doubt that He will, and I look forward to the manifestation with great expectation. God has never failed me yet. Everything He has ever promised; He has brought to pass.

I look forward to sharing the testimony!

Amen. Im always in awe and encouged by your faith and strength. Thank you for being transparent with us. (( hugs))